What is it like to suffer from severe postnatal depression?

I have three children and I adored being pregnant.

They are the most incredible young women that I could have wished for and I feel that I do a pretty good job raising them. We have so much fun together and our house is full of love and joy.

But it took a very long time for us to get here.

When pregnant for the first time, I relished in the preparation for the new arrival and read everything I could to prepare myself for the joy of being a new Mum. I even, as shocking as this may sound, actually really enjoy childbirth. It is so empowering that my body is capable of delivering a child into the world. What more womanly an act is there than creating life and giving birth?

However, I have never be able to enjoy having a new born baby.

It has taken me a very long time to be able to acknowledge this fact and even longer to publish it. Perhaps some in society may think that this was intentional on my part. But it wasn’t. It definitely and unequivocally wasn’t.

A horrible illness which I developed around having my children viscously robbed me of the right to enjoy being a new Mum, not once, not twice but three times and each time the illness developed, it was even more viscous, more life-destroying than the last.

As a women, having children is empowering. When planning a family I expected to be carefree in a bubble of pure love and happiness with my new family. A new life filled with light and yummy baby smells and hope and joy and happiness.

But it was non of those things. Becoming a mother was terrifying, scary, dark, cold, lonely. I was starved of all hope and light and joy. I was a scared child locked away inside a concrete, damp, terrifying prison which was within my own head and yet, had a vulnerable young baby to care for.

I was robbed of the right to enjoy my children’s first months.

The third time, the illness was so bad that it physically took me away from my 4-year-old who was starting school for the first time and from my one-year-old baby for two months, when I was admitted to a mother and baby psychiatric hospital, because I was no longer safe enough to be without around the clock care.

While I was in hospital the world carried on around me. I missed taking my daughter to school. Being the proud mummy at the school gate, watching her joyful face as she skipped out of the classroom, packing her lunch box and combing her hair.

I missed my one-year-old learning to walk around the house and discover the world around her.

The viscous illness also robbed me of the privilege of doing the normal things that mothers do.

After a very traumatic and life-threatening homebirth with my second child, whereby I delivered on my own on the bathroom floor and subsequently lost a great deal of blood, I was left with post traumatic flash backs.

I was terrified to leave the house. I couldn’t concentrate on what people were saying. I would jump at any loud bang or sound. My mind would switch off when people were talking and I zoned out, lost in thought to when I was bleeding on my bathroom floor.

It felt like I had almost died and then was handed someone else’s baby to care for. It wasn’t until she was 10 months old that I realised she loved me.

I couldn’t be left alone. I was terrified of everything and when she was 4 months old, I discovered I was pregnant again.

I was caring for a young baby and three year old and had hourly flash backs of my birth while coming to terms with the fact that I would have to do it all again very very soon.

After the birth of my third child my mind turned to mush. I no longer functioned as a person. My husband worked away and I was left alone for a month to care for all three, two of whom were under 13 months. There were times when they all needed feeding, and I would unintentionally begin rearranging the cupboards in the kitchen instead of dealing with what needed to be done.

In the first two months of my third baby’s life, my mental state became worse and worse.

The majority of us, who are well, have the mechanism in our brain which wouldn’t even dream of removing themselves from their children’s lives. We are our children’s guardians, protectors, teachers and would gladly do anything to prevent them from harm.

With severe postnatal depression and PTSD, that part of my brain disappeared. All day, all I could think about was no longer being alive. Not a dramatic thought to escape the pain, which was agony, but a calm acceptance that it would happen. I was calmly waiting for it all to end. I believed that I had a fatal disease and there would be no end until I was no more.

Then one day, when my husband had stopped working away, he invited guests for lunch. I was the stereotypical mother and wife at the time and was expected and expected myself to don my pinny, polish the silver and bake bread and cakes and put on a show.

Instead, I calmly fed all of the children while my husband slept in in the morning. I went upstairs to tell him that they needed looking after and told him I was popping to the car to get something. But I got in the car and drove. I drove and drove and drove. I raced up and down country lanes with no purpose. I took sharp turns and raced passed other cars at a ridiculous speed. I drove for miles and miles in one direction, only to turn around and go in another. I had no aim or purpose apart from the reality that I had no intention of being there when the sun rose the next day.

After more than 8 hours of driving, I found myself in a city that I had never been to before. I checked into a hotel, bought lots of alcohol and medication and went inside.

The intended result did not happen and I was admitted to the mother and baby unit the next day, where I stayed for two months, unable to leave the hospital or the prison within my mind.

After leaving the hospital I had to be babysat every time my husband left for work. Neighbours and friends would come and sit with me so that I wasn’t alone. Not for fear of anything happening but I was terrified of being alone.

It took another six months for me to properly function again as a human being and mother.

This was 3 and a half years ago.

I am now well and happy and adore my children and have been for many years, but the agony of having been robbed of the time that I should have had with my children will always be with me.

I do not write this to shock anyone or to gain sympathy or kindness from others, I talk about it so that other’s don’t feel so alone.

We must all keep talking about postnatal and antenatal mental illness.

It is vile. It is viscous, it is life-threatening and it destroys families.

Non of us know what is going on in another person’s head. When we see a mother with her children who looks happy and made up and well dressed, we don’t consider how her mental health might be.

We must keep the conversation open so that we, as a society, understand more about this condition, to enable more openness and understanding and remove any stigma or judgement.

Food and your mental health

“There is no way to be a perfect mother, and a million ways to be a good one”

What is it like to suffer from severe postnatal depression?

Men Get Postnatal Depression Too 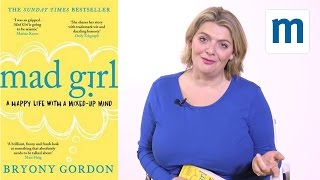 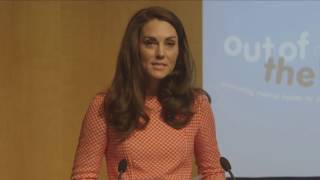